Ride More. Save More. Do More.

Travel all over Ozaukee County using our Shared Ride Taxi service which runs every day for your convenience. Click here for hours and fares as well as how to call to make reservations.

Make connections to the Milwaukee County Transit System and other transportation services in Downtown Milwaukee. Ride your bike to our park-ride lots and have your bike ride with you too!

We are pleased to announce that the 2023 contract for the Ozaukee County Express bus has been awarded to GoRiteway. The 143 will make three trips south to downtown Milwaukee every weekday morning, and four return trips to Ozaukee County in the afternoon. The cost will be $5 per ride. Additional information, including the route map, schedule, and ticketing information will be available in early December.

Ozaukee County Public Works approved changing the way Shared Ride Taxi fares are calculated at their meeting on October 20. Beginning in January 2023, fares will be calculated by estimated mileage, not by zones. This includes cross-county fares to Washington County. It does not include extra distance to pick up other riders. The new fares can be found here.

Ozaukee Transit will be closed for the Thanksgiving Holiday. Shared Ride Taxi and Ozaukee County Express (143)  will not be running. Taxi and bus services will resume on Friday, November 25 for regular hours. The Transit Administration Office will be closed on Friday. Have a safe and happy Thanksgiving! 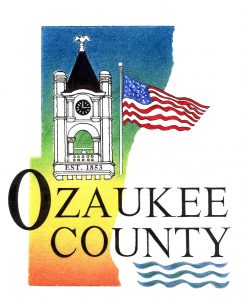 For additional information about Ozaukee county, visit www.co.ozaukee.wi.us. If you have any questions, feel free to contact us via email or phone.